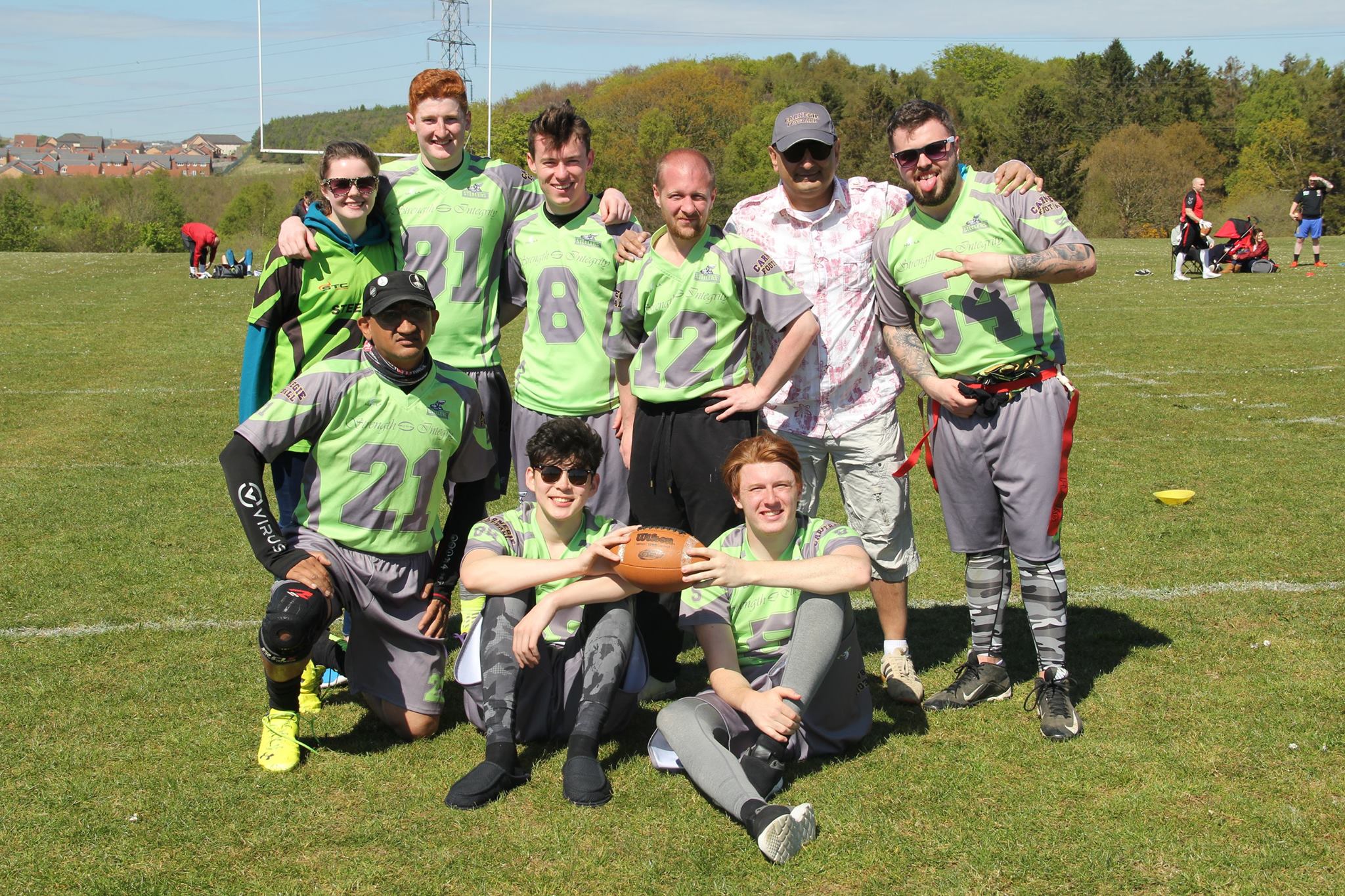 Week 3 of the season saw the Steelers play games 5 , 6 and 7. First up in game 5 was against the Midlothian Sabers, a new team last year that has picked up a few experienced players from the chargers to bolster their squad, the Steelers however were ready and focused being in a must win mindset from the start and dominated on both sides of the ball to ensure a good 48-7 victory which saw QB Fraser Reid utilizing his full quota of receivers well and spreading the ball around all game and the Steeler defense helping themselves to 4 interceptions to give the weekend a perfect start.

Game 2 of the day and Game 6 of the season saw the Steelers face the Glasgow Hornets, a team that narrowly missed winning the national championship by 1pt and had started the season on fire dismantling all teams with ease as they push for another national championship chance. In the first half the Hornets had opened up a 32-0 lead as their compliment of gb players on both sides of the ball stifled the Steelers alongside a number of speed catches and errors however in the 2nd half a new resolve saw the Steelers adjust and lost 14-7 giving a final scoreline of 46-7 to the Hornets.

The final game of the day and Game 7 of the season saw the Steelers face off against a familiar foe in the Edinburgh Outlaws, a team that had continuously won close encounters over the years. The Outlaws quickly opened up a 12 point lead before the Steelers adjusted and came storming back to take a 13-12 halftime lead ,again missed opportunities at the end of the first half and beginning of the 2nd saw the Steelers miss a chance to extend this lead leaving everyone wondering if this was another game that would go to the Outlaws but a determination on defense and the speed of Kyle McCallum blitzing the Outlaws qbs led to 4 sacks and no opportunities for the Outlaws to move the ball effectively in the 2nd half, with Fraser Reid leading the offence to another 2 scores the game was over before a last consolation score for Outlaws but all in all a deserving victory 27-20 for the Steelers moving them to 3-4 for the season and enhancing their playoff chances. With a 7 week wait till the next set of games, it gives the Steelers a chance to recover from injuries and get ready as they will face the division winners Grangemouth Broncos and the team standing in their way to the playoffs the Dunbeth dragons for games 8 and 9. 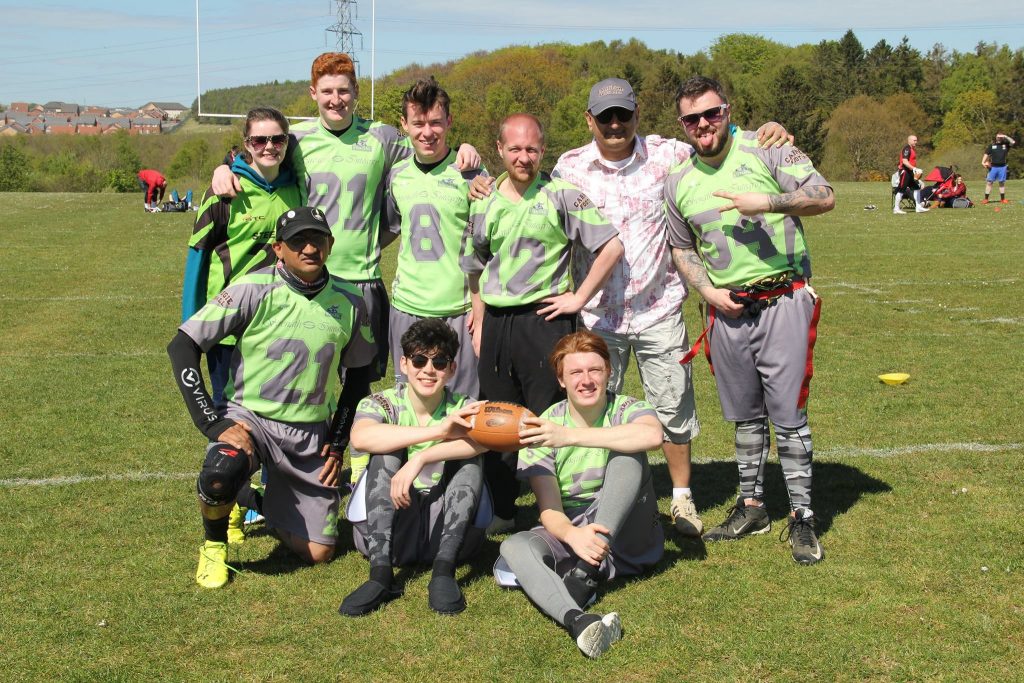