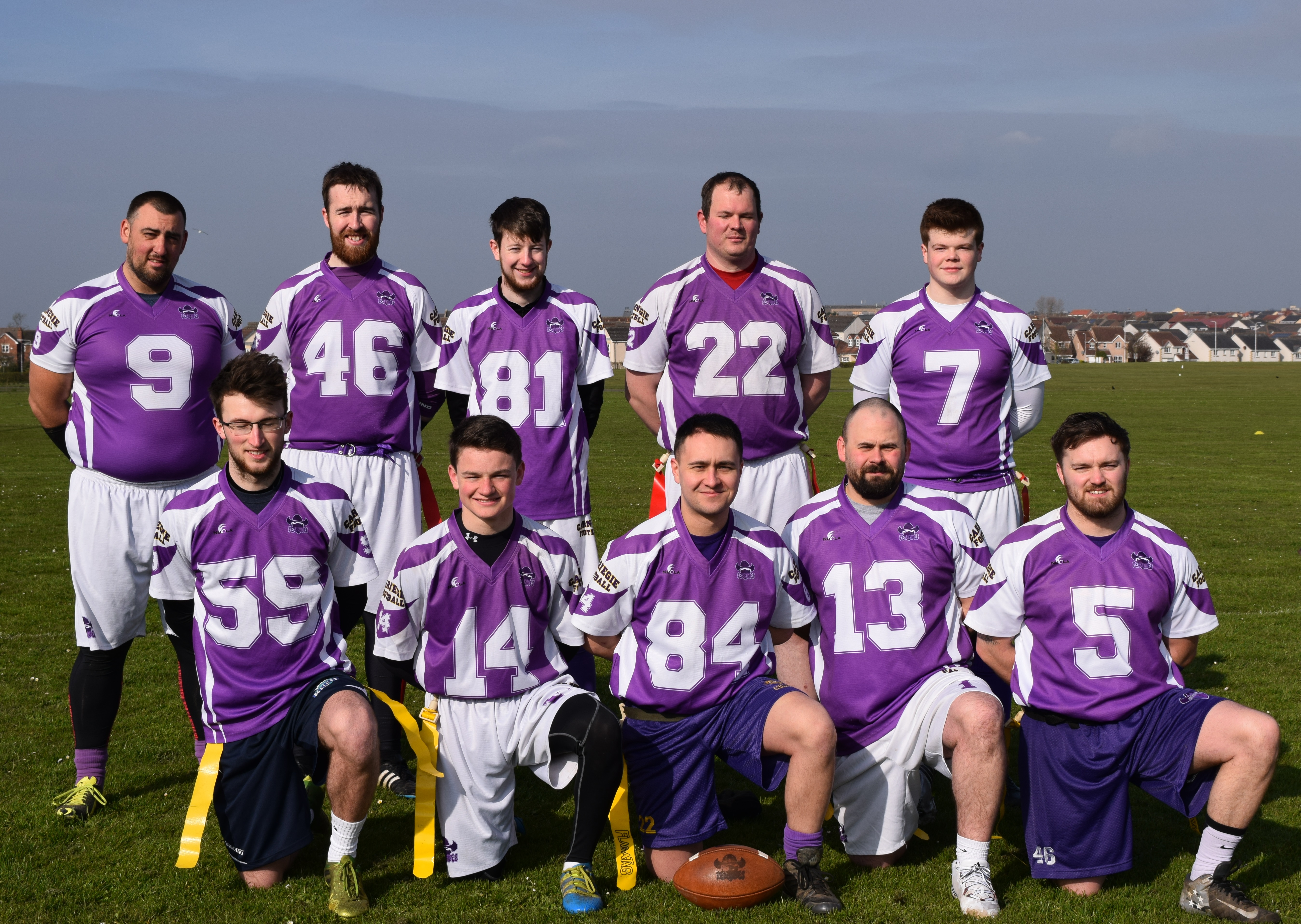 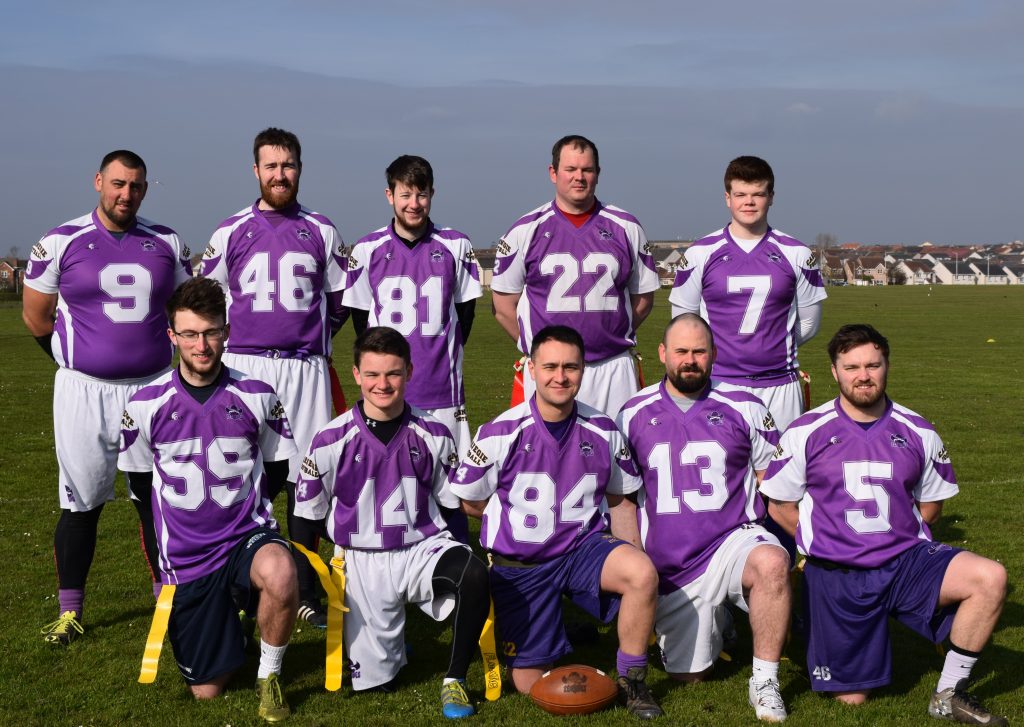 From the start Carnegie had control of the Opening fixture in the HNC calander, with stand in QB Ross Dawkins calling the shots.
The renegades rebuilt their squad in the offseason adding youth and speed to the ranks which has been needed. On the first drive of the game the Renegades marched up the field on a scoring drive.
Many of the plays went through the experienced guys as the rookies found their feet,
Renegades had 4 guys on the score sheet sharing the 7 TDS that we created.
Youngest Renegade RIAN ROBERTSON was the stand out player, showing his pace and causing many issues for QBS and DBS alike.
The result reflects where each team is at this moment in their development with the spartans showing signs of growing into a decent team and the renegades looking to make the playoffs for the first time. 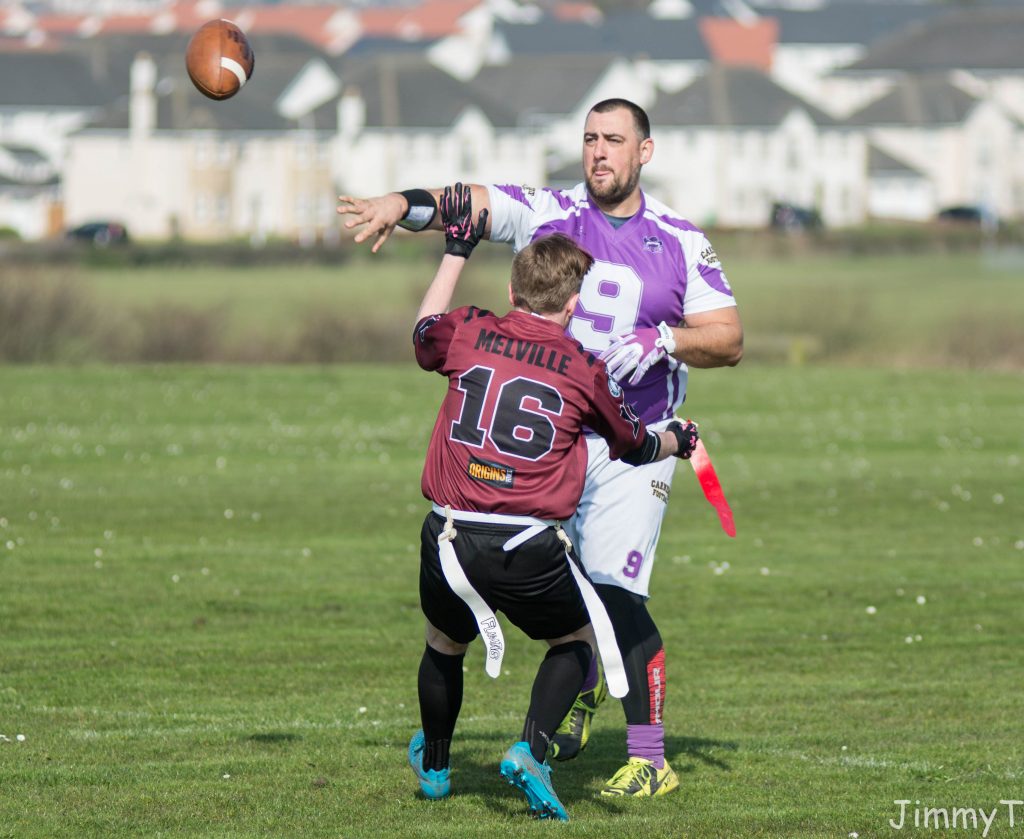 Clyde are another new team to the league but they are definitely not there to make up the numbers.
The first half was a proper dog fight with both teams working hard defensively and only conceding the solitary score each to see out the half 6-6.
The second started much the same with both teams turning over on downs until another renegade ROOKIE Michael Haddow stepped up and caught and Interception for a pick six to take the lead. The comets would then score a further two touchdowns and the renegades one more, but the difference being, the renegades converted their extra points in the second half to take a 2 point lead into the final minutes of the game.
Final play of the game saw the Renegades on their own 5 yard line looking to kneel out the game with only 25 seconds left, and the QB nearly gives away the safety to tie it up, fortunately he was inches from the line and saved his embarrassment.
The tie could’ve gone either way and the Carnegie outfit fully expect a similarly tough game come week 4 when the Comets host. 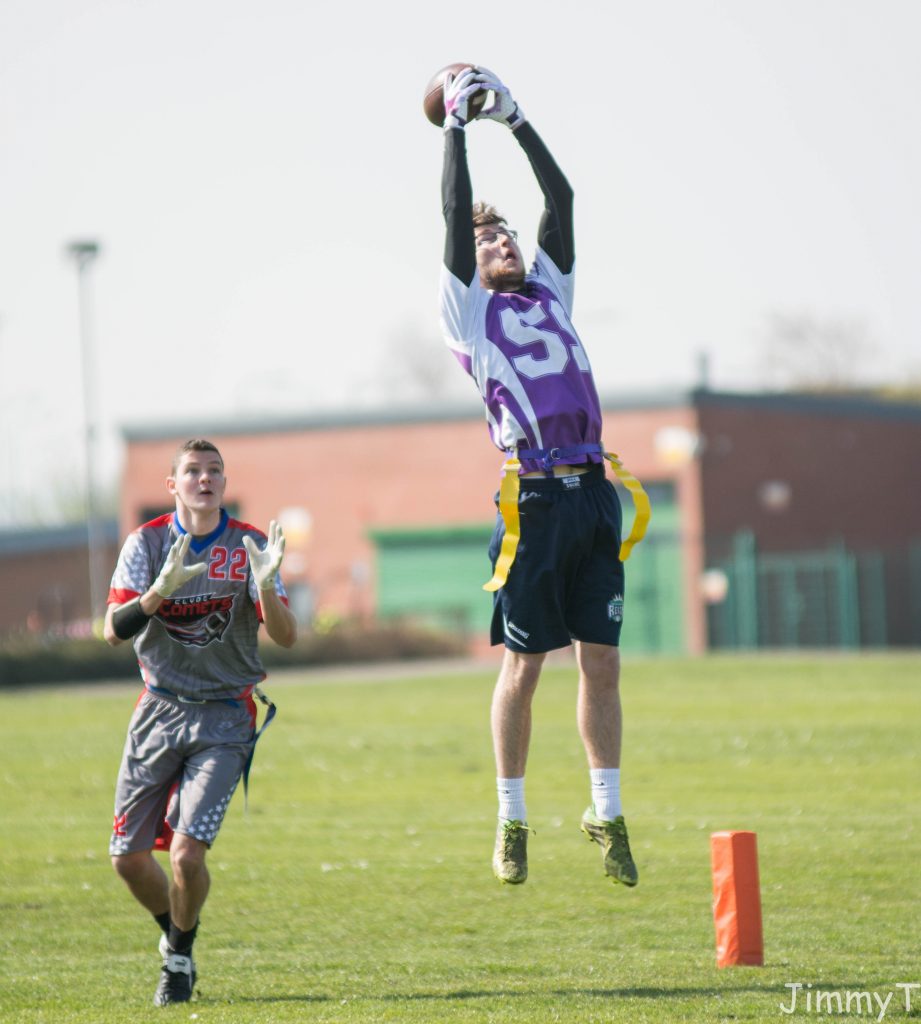 Renegades came into this fixture having taken some serious beatings from the Glasgow outfit, So had the game plan in place to take the clock out of the equation so less time Hornets had the ball the less times they could score, This worked well in the first half with the score at 6-19 to end the half.
Renegades clearly lit a fire under the Hornets and they attacked the Renegades with long balls to Jules and Dave Pasnik, Nikki Farrell with his dancing hips also tore up the Renegades defence.
There was much more of an upbeat feeling in the Renegades camp, as tactically they ran it to near perfection and feel as thought they have change some people opinions of being nearly men,
The result was never in question, it was always a matter of how many, and so keeping a team with so much talent under 50 was a real success for the Carnegie outfit. Who achieved their goals in this fixture. 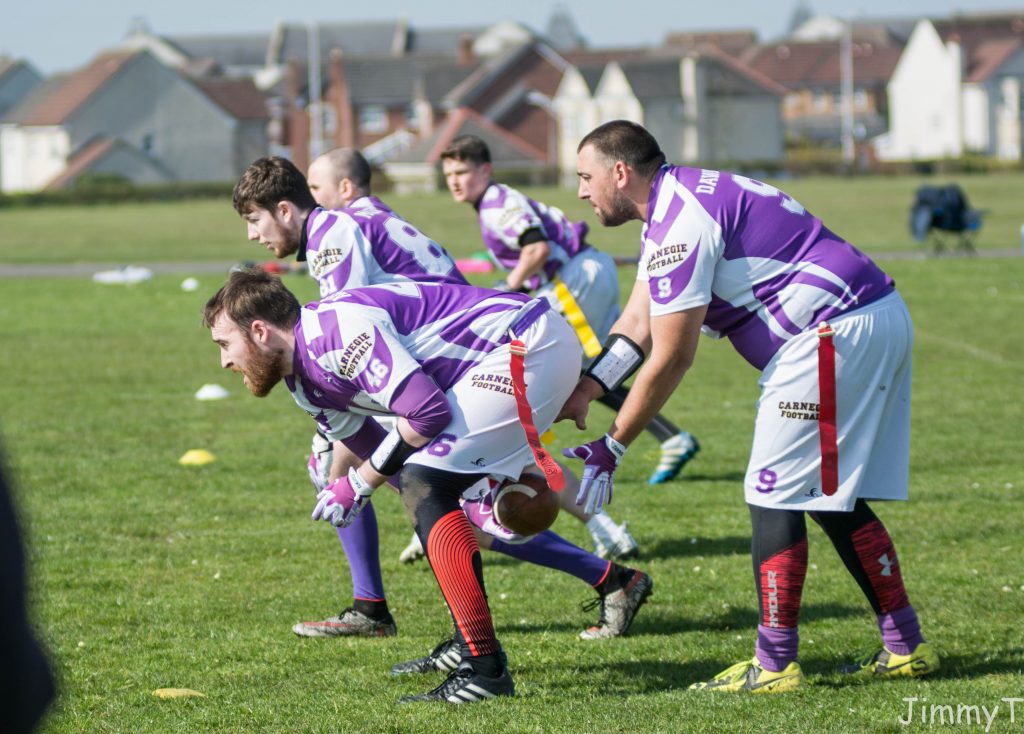