Renegades Survive the Group of Death at Flagging New Year 2 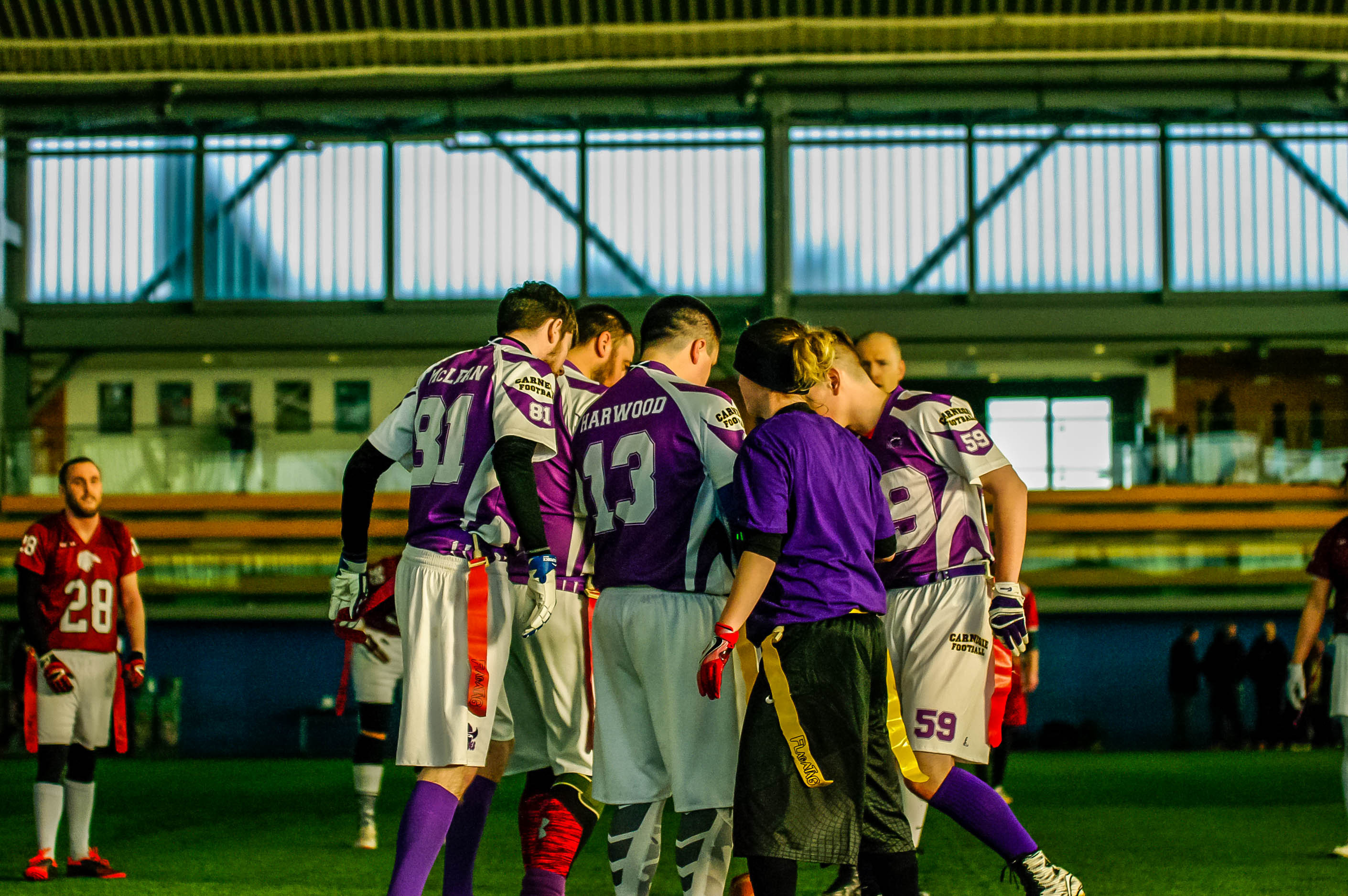 FLAGGING NEW YEAR 2017
January 21st and 22nd, saw 24 team from across Britain and Europe descend upon Torryglen Regional Sports Complex in Glasgow for what was sure to be and exciting and intense weekend of FlafgFootball competition.
Th Renegades were drawn in ” the group of death” with , the Dutch Lions (National squad), Waldorf Wanderers ( German champs, big bowl hosts), 2016 champions the Grangemouth Broncos, Manchester Crows, and new boys Paisley Spartans, this was sure to be a baptism of fire, with elite level players right through each team in the group.

This was some familiar ground for the Renegades having played the Broncos every season since 2014, this meeting was no different to the previous encounters, with the broncos utilising speed, and athleticism to over power the Renegades. The score line possibly wasn’t a true reflection of the game, as the Renegades took time to get into the groove offensively, The first game was always going to be tough, as the Broncos, with their GB and Scotland players, made it very difficult to move the ball, Renegades defence really stepped up, cause it the Broncos to throw long and make the reception, although there were some missed tackles that allowed the Broncos through. Ultimately the Broncos experience shone through and they took the win comfortably.

The Renegades first foray into playing European opposition, and this could not have been a tougher test, the QB stood 6ft 8inches tall,  the receivers had the speed of Usain Bolt and hands like glue, they rarely dropped a ball all game, the defence of the Dutch never missed a single tackle so this made ball movement even harder in an already difficult game, But the Renegades stood firm in their principles and played their game to their best abilities moving the ball when they could, and playing smart and as a team on defence. The shoreline could have been much larger but some crucial tackles, and  some loose passes from the Dutch definitely helped.

Manchester were always going to be tough, they made the BAFA playoffs 2016, and had a QB that was very clinical in his approach, meaning the CROWS were able to move the ball and find the gaps in Renegades defence, and so the game as a contest was over by half time, in the second half the pride of the Renegades took over and they came much closer to scoring on each drive, poor passes and poor catches were the main downfall, defensively there were less missed tackle and much more communication, showing that the group,were beginning to gel and understand how each other plays.

German champions for a very good reason, the mix of youth and experience as well as the German knack for precision and being clinical  were on full display as they carved through Renegades defence, until some smart changes plugged a few holes and force the Germans to rethink their strategy, on offence Renegades tried some different things changing QB, adding speed to offence, no huddle offence, these seemed to catch the Wanderers sleeping and the Renegades stormed up the field for their first score of the day. The game then took a strange turn as Waldorf allowed Renegades another score in an attempt to get the ball back to add another score. Both teams played well and in the spirit of the tournament.

Paisley are the new boys to the league in 2017, and would be sure to take every game as an opportunity to learn, this being said Renegades and Spartans will meet in league duty in 2017 as they are in the same group in THE HNC.

This was the first game on day 2 for both teams, after the tournament party on the Saturday night, this showed as both teams started slowly, eventually the Renegades experience would show as they began to find holes in the Spartans defence, Renegades defence were reading the Spartans play for Play, and made some interceptions, in the end the Renegades wound up the game victorious.

Oilcats were using this tournament to blood in many of their rookies, Coach Scott really has a well drilled side, even though they were mostly rookies they had faith in what their coach has installed. Renegades on the other hand were working tirelessly to find holes in the Oilcats defence which prevailed with the score, although highlight of the game was the unconventional interception where Renegades QB whilst attempting to throw a pass, handed the ball to the Oilcats Chris Rae for a pick 6 for what will be the INT of the season. After that both teams traded possessions, struggling to make the desired progress, it happened to be Aberdeen who made the best of their possessions by getting the decisive score.

In what was the final game of the tournament for both teams and the difference between 19th and 20th, there were a lot of tired legs on the field and what seemed like pure passion and desire to finish on a high.

An edgy affair with both teams trading offensive series before Leeds broke the deadlock, this further ignited the Renegades who hit back with some strong defensive displays claiming interceptions and putting the offence in positions to capitalise, and capitalise they did, with Renegades trying another QB (and the wise words from Kevin and Calum Woods of Grangemouth helping to advise) saw a different feeling come over the Renegades in scoring situations where they were able to score and show that they have the fire power, two,scores saw the Renegades clinch the victory sealing 19th place.

Renegades would like to thank LITTLEA OLIVER, STACEY JOHNSTON, ROBERT MCDOWALL and SCOTT HAMILTON for shoring up a depleted Renegades squad, every one played fantastic, the girls played 90% of all snaps and were a threat the whole weekend.

This was the final tournament/ games for Renegades #59 Chris Bailey who is leaving for a job in the states, and #53 Garry McInnes who is leaving to compete in the Ice Hockey Leagues of Scotland, the team wish them both the best of luck, and they will always have a spot on the Renegades roster.