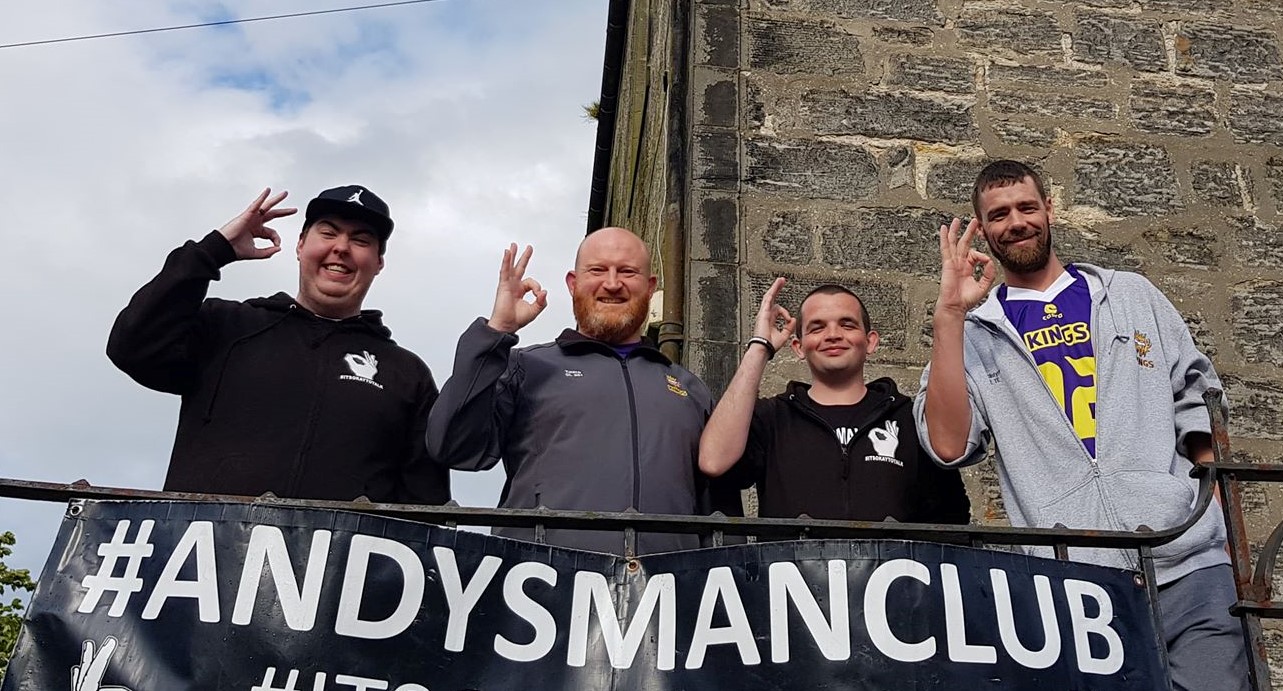 Carnegie American Football Club are proud to announce a supportive partnership with mental health charity Andys Man Club Dunfermline. Andys Man Club (#AMC) is a national charity with an expanding number of clubs, and once we spoke to the facilitators of the local club, which has recently opened its door in Dunfermline, it was clear we had to help them. Their club, like our club, is describe as a brotherhood, and we felt it only right that brotherhoods stand together.

Andys Man Club is a real, non-judgemental, support group for men (18+) to help them through life, breaking down the stigma of mental health. Their goal is better well-being and suicide prevention. Having opened only 4 weeks ago in Dunfermline, they had 58 men attend their last meeting, which is an incredible achievement.

The teams of Carnegie, namely the Dunfermline Kings, Carnegie Flag Football and the Dunfermline Saints are looking forward to assisting Andys Man Club wherever they can. More details to follow.

Pictured are AMC facilitator Craig Inglis, Carnegie Chairman Tony Reid, AMC facilitator Ryan McKillop and Carnegie Tackle Manager Scott McIntyre. Having seen first hand the inspirational work Andys Man Club do and the positive impact it is having on men, Carnegie are excited to be part of this relevant and much needed service.