The Carnegie Steelers were back in action in Week 4 Action once more in the final divisional games against the already Champions Grangemouth Broncos who are hoping for the number 1 seed in the HNC and our rivals for the final playoff spot in the Dunbeth Dragons.

First game of the day the Steelers were to face off against the Broncos who in 2017 have looked ruthless so far posting a fantastic record of 8 wins and 0 losses and looking to continue this winning trend and push for the Number 1 seed in the HNC heading into the playoffs knowing that nothing but 2 wins is crucial to this achievement with the Glasgow Hornets still perfect so far in 2017. 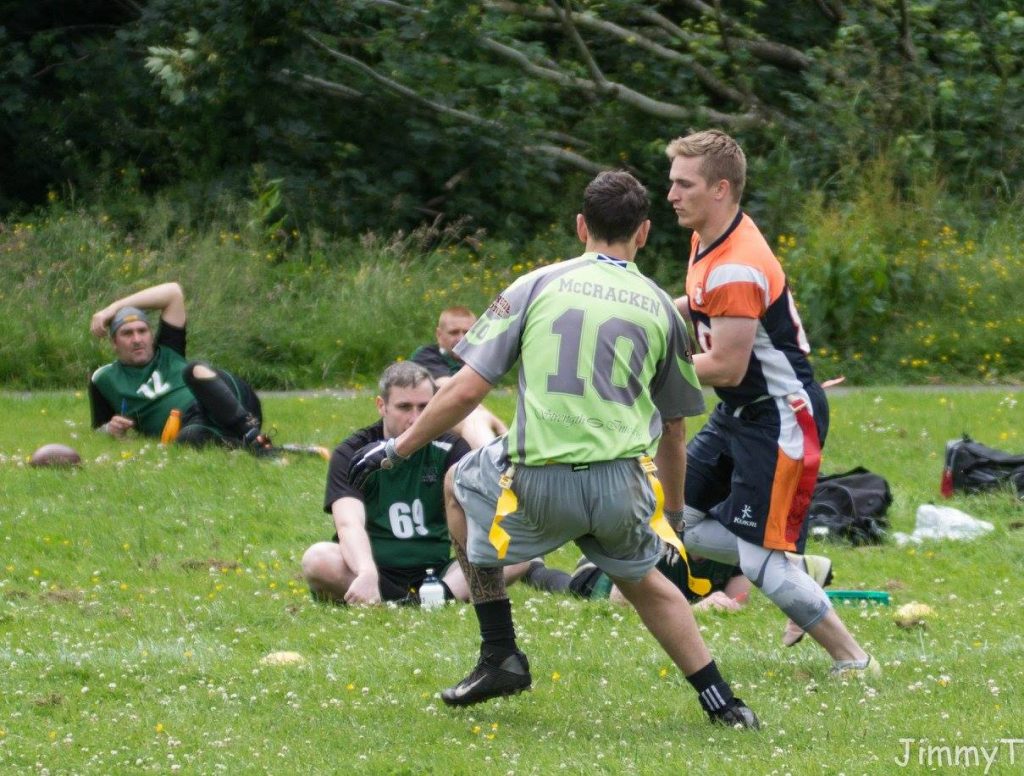 As expected the Steelers were to feel the force of the Broncos and the game quickly slipped away from the Steelers on this occasion but this shows the strength of Flag Football in Scotland with the final score ending 56-20.

In the final game of the day, arguably the most important game of the day since both teams needed to win to keep them in the hunt for a play-off spot, the Dragons and Steelers played out a tense error strewn game. The Steelers were in the lead 14 – 6 at half time. An interception each in the first half plus six sacks from the Steelers meant the Dragons QB and coach had some stern words for his players at half time. The Steelers extended their lead after half time before the Dragons began to eat into the lead. Then three changes of lead in the last three minutes saw the Dragons take the game, 31 – 28. 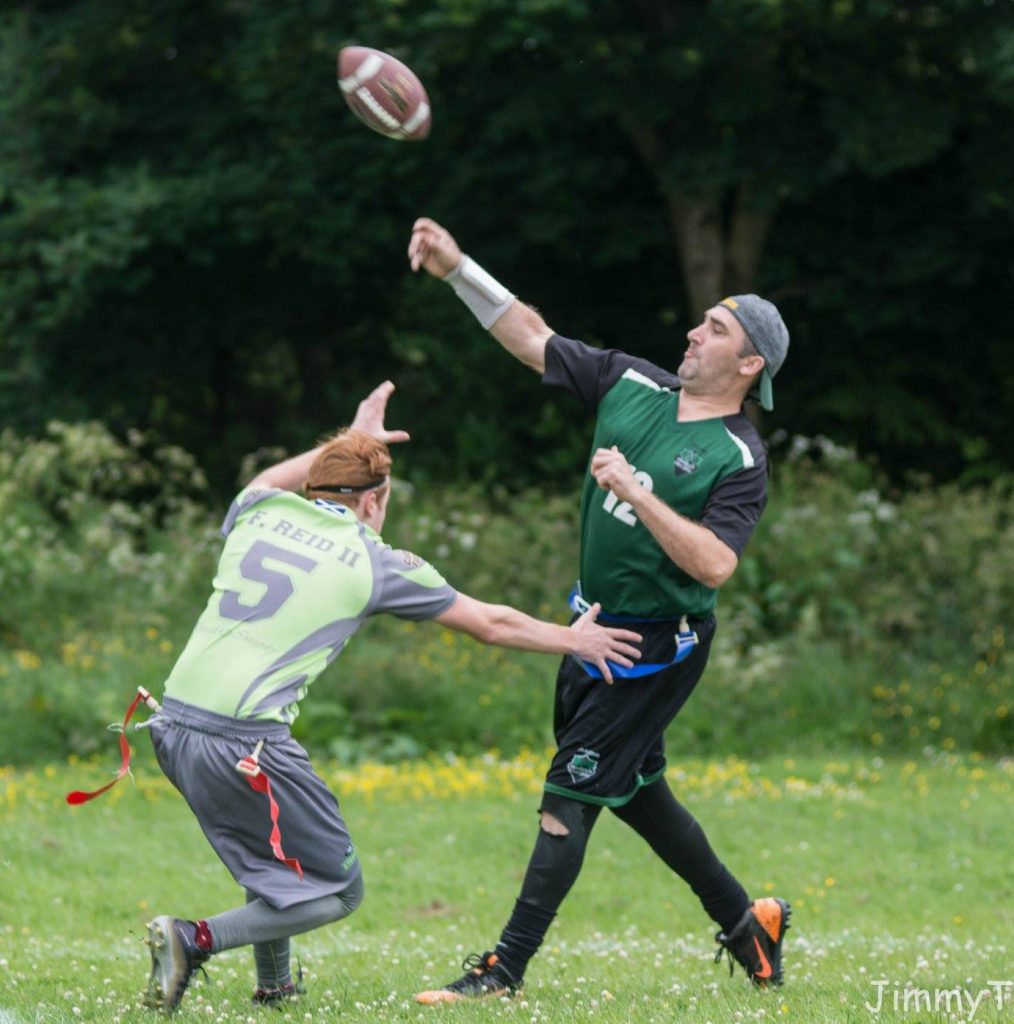 Its not all over just yet with the games still remaining however the Steelers will need to beat the Playoff Chasing Clyde Comets and the HNC Eastern Champions of the Aberdeen Oilcats to have any hope of getting the number 2 spot while the Dunbeth Dragons have the Paisley Spartans and the Midlothian Sabers to face who both respectively have not won a game in 2017 as yet.