The 1st game saw the Steelers come up against a well drilled Grangemouth Broncos team and for the 1st half the Steelers never turned up with throwing back to back interceptions and missing tackles and things weren’t going right for them. Trailing 42-0 at half time but after the half time they managed put the 1st half behind and came as a new team. The defence came out strong and starting stopping the Broncos offence and #81 Grieg Reid getting an interception on an extra point play. The Steelers offence started moving the ball well and eventually got the 1st touchdown of the season from #5 Fraser Reid to Steelers rookie #88 Brandon Lamb but unfortunately never got the extra point. 55-6 being final score a much improved 2nd half for the Steelers. 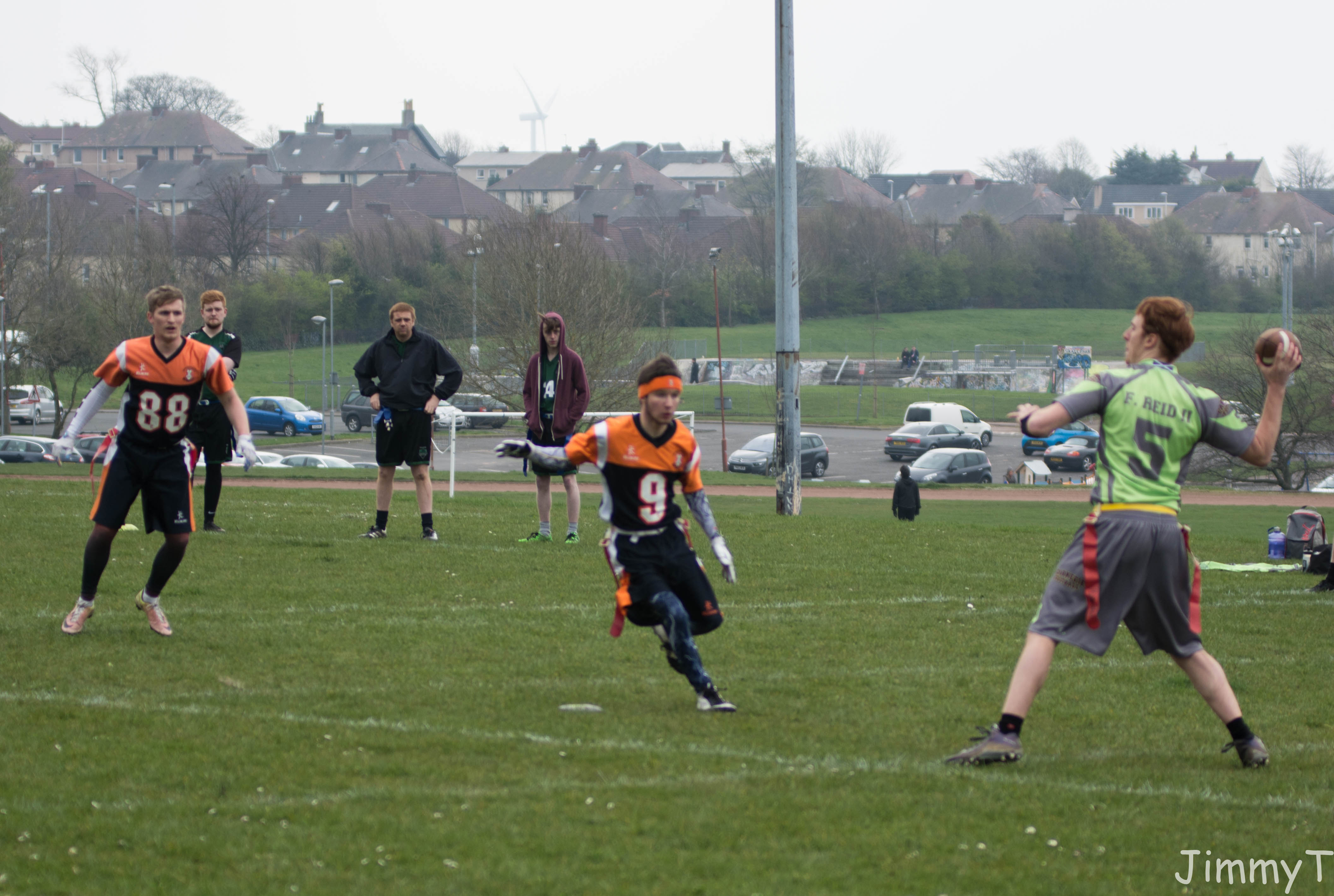 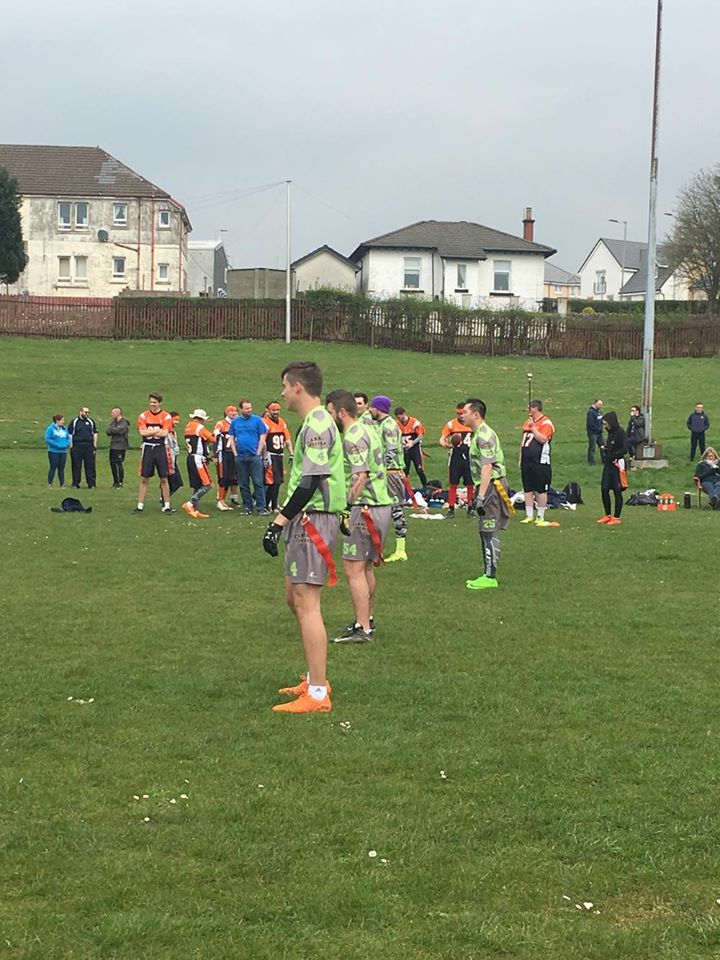