The Kirkcaldy Bulls American Flag Football team were back in action on Saturday 6th May 2017 in preparation for Big Bowl XI and with 2 games lined up it would give the team some vital preparation time required for when they come up against some of the best flag teams in Europe. The Bulls roster would consist of a vast amount of experience including Scotland and GB internationalists and these games would give the chance to blend together and blow away some cobwebs.

The first game of the day was against the Clyde Comets who compete in the HNC Western Conference along with the Carnegie Renegades. The Comets very own Brian “Bud” McFerren will be stripping up for the Bulls in Germany and his team have proven to be improving every game week picking up some vital wins in Week 2 of the HNC and would certainly be looking to push the Bulls however after already playing in 2 games the same day in week 3 HNC League Games the bulls would be fresh to go and it showed with the Bulls putting up a score early from Bulls Rookie Stuart Anderson on the first drive and first play of the game. Also playing was Julian Holburn-White and David Pasnik of the Glasgow Hornets both leading the way on the Offence and with some crucial Interceptions giving the Bulls the ball back on offence and opening a comfortable lead. The game would only last for 1 half due to the Comets having to leave for the long trip home and with pretty much a full squad the bulls looked good right from the word go with Legendary QB Neil Arnold Leading the way to a 4 Score win (we think, nobody was keeping score).

The second game would prove to be a bit more of a test as Julain Holburn-White changes allegiance to his own team the TopGuns a local bunch of friends including Basketball, Football, Carnegie Renegades Ross Mclean and Glasgow Hornets Grant Mclennan whom cant make big bowl this year for the Bulls but lined up for the Top Guns.  This left the Bulls with a slightly depleted Squad with Neil Arnold,Bob Wylie and Sean Mackenzie leading the way as the Veterans of the Bulls with Stuart Anderson, Chan Phung and David Pasnik completing the lineup. The Bulls found themselves only up 8 points with not much time left on the game and on the top guns last drive and a chance to tie the game with a score and a 2 Point conversion Stuart Anderson returned an Interception for a pick 6 and with the XP closed out the game 26-12. It was a really close game throughout and the Bulls picked up the narrow victory and although the squad hasn’t really played together the it was a good showing from everyone and showed the potential and personalities to close out a close game and this now gives the squad time to review and work on certain aspects of the team before heading off to Germany.

So as we have mentioned The Kirkcaldy Bulls will be heading to Frankfurt at the end of May for Big Bowl XI during the weekend of the 26th,27th and 28th May 2017.

Neil Arnold and his team, including Carnegies own John Guthrie, Stuart Anderson from the Renegades and Chan Phung from the Steelers. The Bulls will be looking to finish their group strong to get into the top section of the playoff brackets in this years tournament.

Also representing the Bulls in 2017 at Big Bowl will be Clyde Comets and GB player Brian McFerren. Glasgow Hornets players Dave Pasnik and Julian Holburn-White. Long time Bulls players Bob Wylie and Stevie Bramwell will also make up the roster with Neil Arnold leading the way at QB. However they are in for stiff competition as they face some strong teams. In the first game of a long day of football. Bulls will be playing against a collection of young talent from around the U.K. In the form of Barbarians in what is now confirmed as a Great Britain National Mens Squad as well as Uni Würzburg (Germany), Maichingen Mustangs (Germany), Zyuzino Zombies (Russia) and Uni Fighters (Germany). 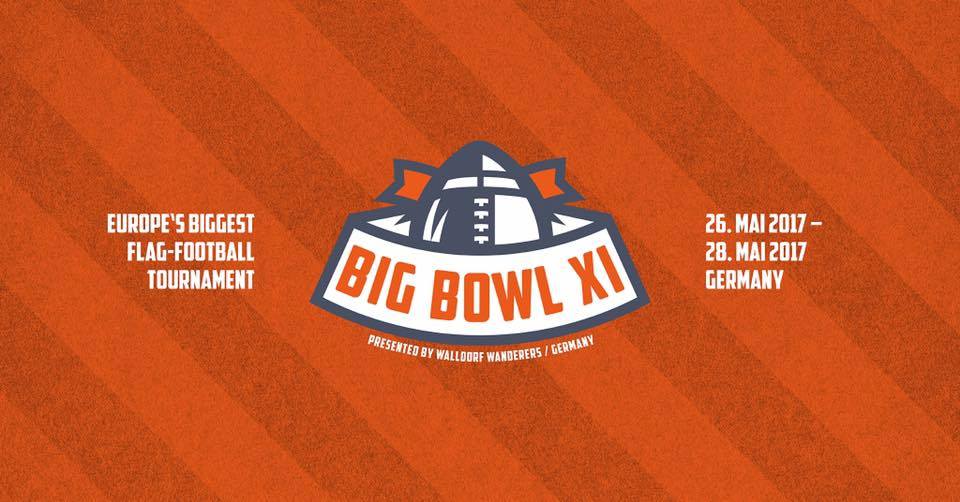