CARNEGIE American Football Club just couldn’t wait to be kings any longer as the club announced its new name as part of a large rebranding.

A “perfect storm” has resulted in Dunfermline Kings, one of the three squads within the club, becoming the umbrella which every aspect of the club now falls under.

The club’s committee voted unanimously for the change at the AGM in November and the decision to do so will provide a confidence boost heading into next year.

Speaking to Press Sport this week, chairman Tony Reid believes it is just another step in the right direction for the club which he says is “in the strongest position it’s ever been”.

Now formerly known as Carnegie American Football Club, it was made up of three different teams: Dunfermline Kings (the full-contact squad), Carnegie Flag Football (non-contact) and the Dunfermline Saints, a youth team.

In an effort to build continuity, longevity and instil a collective unity within the club, each squad will now be known as Dunfermline Kings, as will a new women’s flag team which is anticipated to be introduced in the middle of next year.

Tony, who also coaches and plays for the club, said: “It was clear that as each team had their own name, there was a level of disconnect that we needed to address.

“People looking in didn’t realise they were all part of the same club. We’ve voted to change that and now everyone, moving forward, will be playing as a member of Dunfermline Kings.

“The club continues to go from strength to strength.

“This all started years and years ago with me and a few other guys standing in a field.

“We’ve all worked incredibly hard on getting the club to where it is now and becoming an integral part of the UK American Football scene.

“This wasn’t an overnight success. We started with a flag team and it took a couple of years to be able to compete with a contact team and meet the required criteria.

“We’re continuing to grow and we’re always looking for new people to come along and see what it’s all about.

“If anyone wants to give it a go, they can.

“We won’t turn anyone away. Everyone is welcome. It’s as simple as that.

“We want to have as many people at the club as we can.”

The club was formed in 2014 with the full-contact adult team established in 2016.

Having made it through the associate process and joined the BAFA (British American Football Association) League for the 2020 season, the full-contact squad had been expected to make their maiden bow in the competition before the coronavirus pandemic floored those plans. They had been due to play in the NFC (Northern Football Conference) Two North.

Anyone interested in joining the adult full-contact team is invited to taster events at Duloch Leisure Centre at the start of next year.

The sessions will be held between 10am-12 on Sundays, January 10 and 17. (Covid restrictions dependant)

For more information on Dunfermline Kings, sponsorship opportunities and upcoming sessions for all teams and age groups, visit their new website: www.dunfermlinekings.com 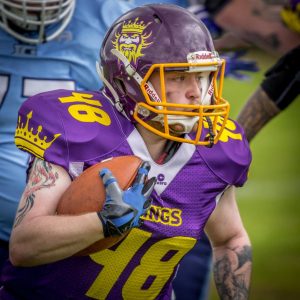 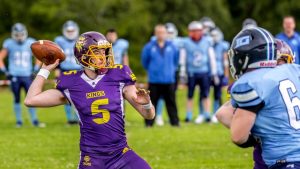